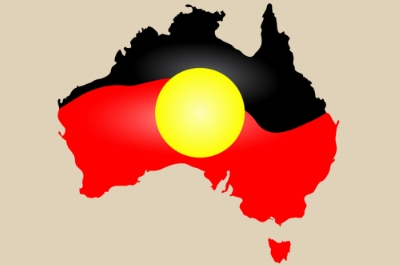 Every January Australia finds itself running headlong down a steep hill towards the 26th. We’re in shorts and a t-shirt, and like all kids, the scrapes and scratches on our arms and legs map our summer adventures: fishing, swimming, biking, climbing, skateboarding, bushwalking, surfing, camping. BBQs and dive bombs, mozzies and cicadas, sunscreen and ‘six and out’. Part way down the hill, about the 10th, when the annual ‘lamb ad’ hits our TVs, our legs begin to speed up of their own accord. Soon after, our head wobbles. We’re unsteady. By the 20th we’re careening, our arms and legs flail, and we can’t stop. Teetering, we trip over our own feet and we face plant the dirt, landing in a heap on January 26.

Reflecting on its antiquated and jingoistic origins, Australia Day’s nervous posturing diminishes us all — not least because it’s a form of rigid militarised nationalism (that includes Anzac Day) politicised by prime ministers Bob Hawke and Paul Keating; ramped up by John Howard; and continued by the rest. No national day can represent everyone, because nations aren’t static. Personally, ‘national days’ shouldn’t exist, but since they’re A Thing, Australia needs modern symbols that embrace its ever-changing history — from invasion, occupation, colonialism and war, to multiculturalism, migration, treaty and sovereignty (and beyond).

A Black GST could do it. Constituted at ‘Camp Sovereignty’ (Kings Domain, Melbourne, 2006) during Commonwealth Games (‘StolenWealth Games’) protests, the Black GST draws on centuries of resistance. Only by resolving the legal issues of Genocide, Sovereignty and Treaty can the holistic wellbeing of Indigenous peoples be secured. Only after Genocide is stopped, Sovereignty recognised and Treaties made, can Indigenous and non-Indigenous people come together and put Australia’s ‘unfinished business’ to bed. A Day of Mourning would acknowledge the misery imposed on First Nations peoples by the white invaders. Sovereignty Day would recognise that all Aboriginal nations are sovereign and united in the ongoing fight for their rights. Invasion Day would mark the date of British occupation, the start of the frontier wars, and the resistance that continues today. Survival Day would celebrate that First Nations peoples and cultures have survived despite colonisation.

Until Australia acknowledges all of these truths, we’re nowhere.