Stories of strength and songs of hope from people experiencing homelessness

Every day thousands of Australians are living just one pay slip away from homelessness. A failed business, job loss, sickness, or the death of a loved one can leave families at risk of losing their home. So, homelessness could affect any of us at any time (here are some numbers).

There are 116,427 people homeless in Australia on any given night. This includes 43,552 people under the age of 25, and 18,625 aged 55 and over. Each year more than 123,000 Australian parents and their children don’t have a safe place to call home. To put this in perspective, there are more homeless people in Australia than members of both the Liberal and Labor parties combined.

Home Truths is the product of a series of weekly music-group meet ups at OzCare men’s homelessness shelter, where 4ZZZ Community Radio producers, the Whoopeedo Crew and residents of OzCare collaborated to write and record autobiographical songs.

In Episode One we talk to Mark (OzCare worker) about how his life experiences have led to his work helping people in crisis, and Tom (Whoopeedo Crew; musician) who, for the past four years, has captained the Whoopeedo Crew: a songwriting and performance group that helps people put their stories to music.

Domestic and family violence is one of the top reasons people seek support from homelessness services. One woman is killed every week as a result of domestic violence. This threat to safety means women and children are forced to leave their homes, often with nowhere to go.

Only seven percent (7%) of people who are homeless are sleeping on the streets. The rest are hidden. The majority of homeless Australians are families and children living without a permanent home. They ‘couch surf’ with friends and relatives, stay in motels, move between emergency shelters and hostels, or sleep in cars and make-shift dwellings. This means there are 15,872 Australian children under 12 years old who are homeless. Of this, an estimated 460 are sleeping rough in parks, bus shelters or shopfronts. Without safety and stability in their lives they face uncertain futures.

In Episode Two we talk to Rod Jones (a mental health, alcohol and drugs expert), Ashley Cobbo (recently homeless) and Tom (Whoopeedo Crew) about the relationship between addiction, anger and homelessness, and some of the issues men face before, during and after being homeless.

Music:
Ashley’s song, “An Arm and A Leg” performed by Nigel and the Whoopeedo Crew.

Homelessness is the result of interconnected events and factors that influence each other in tangled ways. While each of these factors is its own distinctive variable, they are not mutually exclusive. 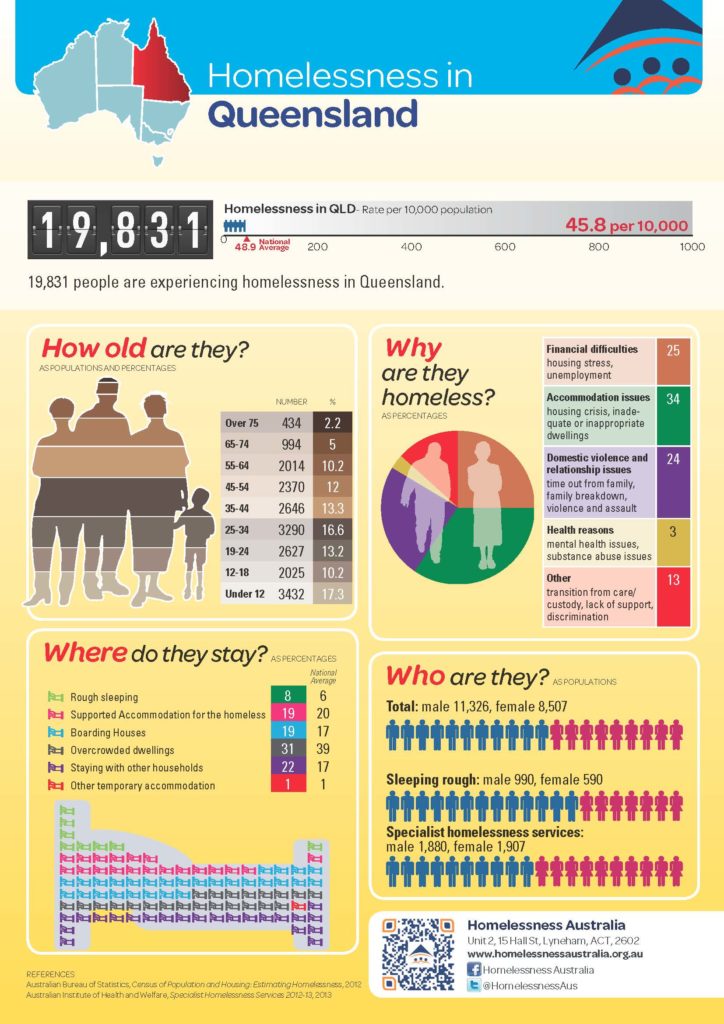 Further, our current housing price crisis; the overcrowding in, and underfunding of, public housing; and the chronic shortage of affordable and available ‘private’ rental housing prevents people from being re-housed quickly if/when they fall into homelessness.

Homelessness, disability and poverty have a distinctive relationship. People with disabilities make up about 18% of the general population, but make up about 25% of clients accessing specialist homeless services. They have a greater exposure to the risk of homelessness because they face additional costs on top of basic living costs — such as additional health care costs, modifications of existing housing and a lack of options in the housing market (physical restrictions), and the need to purchase personal care and support services (which come with their own barriers — such as people not being aware such disability services exist, not knowing how to reach services, or not knowing how accessible they are).

In Episode Three speak with Rod Jones, Charley and Nigel about the long-lasting impacts of violence in the lives of people experiencing homelessness.

In Episode Four speak with Rod Jones, B-rad, Mark and Ashley about how relationships have been both problems and solutions to hard times.

As you may have already guessed, homelessness is complex, and being homeless is not a flaw or a failure of an individual, it’s the result a series of dense and tangled events that exert pressure over one another. Thing is, each event is dynamic, so can be both cause and result, so one single event can be a trigger for homelessness as well as being an explanation for why someone remains homeless.

In this series we’ve looked at some of the life challenges that sometimes result in men becoming homeless. Despite those challenges, everyone we spoke to had some light in their lives, something that gives them happiness and hope. In Episode Five we get Tom, Charley, Ashley, Red and Nigel to explain where they find their power.

Music:
Red’s song, “Rock N Roll Is A Dream” performed by Tom and the Whoopeedo Crew.

Supported by 4ZZZ Community Radio and Brisbane City Council through its Creative Sparks Program: a partnership between the State Government and Council to support Brisbane arts and culture.